I can not express how excited I am to finally write this post. It is my penultimate Andorra post. I’m coming to the end of my Diary of a Chalet Chef Girl series. It was an epic adventure that seems so long ago now. Why am I so excited about the second to last post? Because week 16’s guests were the closest I would get to having family stay in the chalet. (And because I’m ready to wrap this up now…)

The entire group were amazing. There was a ‘family’ of around thirteen, a family of four, a gent on his own  (who had left his crippled wife at home) and a three person family of a friend who was working down the road.

The chalet was full all week despite three guests not actually turning up for their holiday. But we didn’t mind, we had over stock in the kitchen to use and since we were coming to the end we wanted to celebrate.

And celebrate we did. 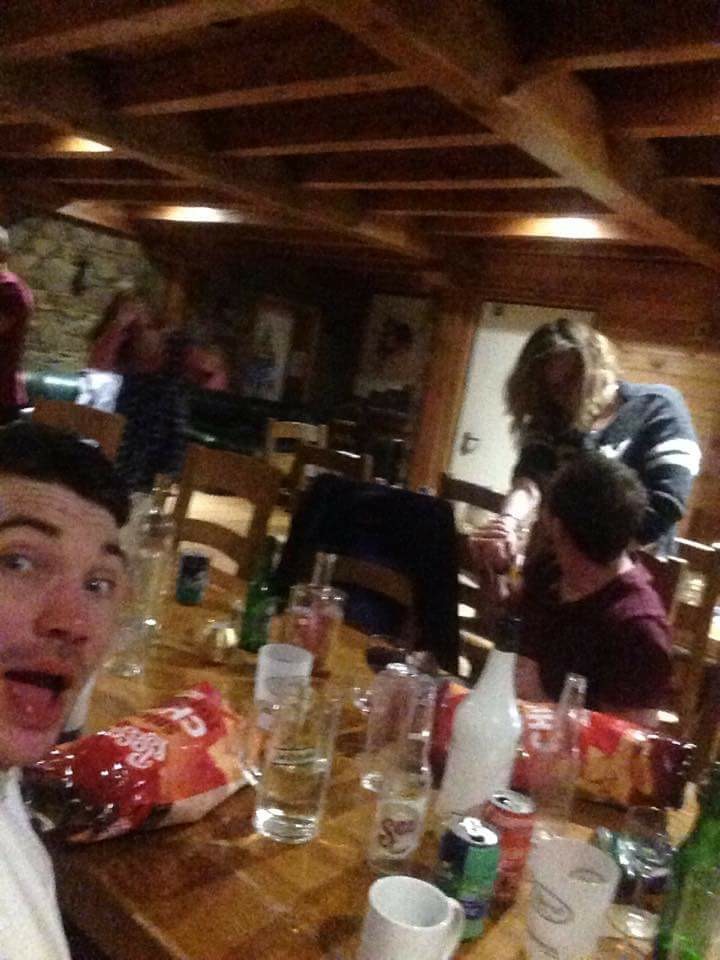 Sunday night (the night of arrivals) we stayed up to enjoy a drink with a few of the boys. It sounds pretty uneventful, but one of the Dad’s upstairs had managed to get himself stuck in the bathroom. No big deal right? Just jiggle the door. That one gets stuck all the time anyway…

Nope. It took a good fifteen minutes of three pretty built guys, a chef, a head host and a few knives from the kitchen to break that door open. How the kids in the room underneath slept through it is a fucking mystery to me.

We found the victim sat in the bath, thumbs up and very naked.

Monday night, I went out and I got so drunk that I found peeing in the street to be a great idea. I then stayed at the Del Clos Hotel because walking up the hill to the chalet seemed like a mammoth task which I was incapable of completing (it’s a two minute walk at most). I fell out of bed the next morning and graced myself with one of the best bruises of the season. And when I walked in to work I received a standing ovation from my guests who had sussed that I’d been a dirty stop out the night before. With one of their lads.

Tuesday night the guests took it upon themselves to play the loudest music we had had in the chalet to date. We had a full blown party. And we were loving it. Everyone was dancing and singing at the tops of their voices, chairs were being hurled around in mock waltzes and Gabs’ elastic band knees were out in full force.

I was so emotional to be having such an amazing time again. All of the worries of my season had completely gone. I was loving life. It was like we were starting our first week all over again. All that excitement was back. 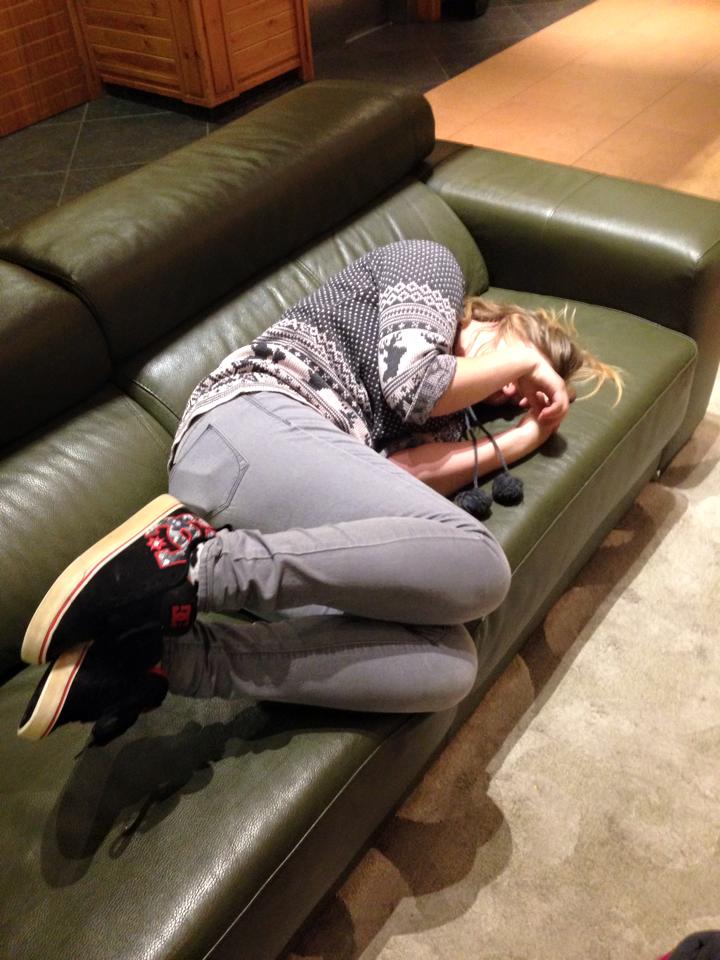 Thursday we had a whole bunch of inspections that had been postponed after my stupid stunt last week. Being the worst chalet chef girl in the world I hadn’t kept up to date with anything. None of my paperwork was filled in (this consisted of about three different booklets of delivery information, fridge temperatures and cleaning rotas), nothing was day dotted correctly and the whole place was a genuine shit tip.

We happened to get a quick heads up and threw everything without a label in the bin, swept and haphazardly scribbled our signatures all over the pages of these booklets. It seemed to work. Ben got an earful of Catalan but I think he was just thankful that I was at work at all.

On Friday we felt we owed it to the guests (and our boss) to really deep clean the rooms. Everyone was so good and helpful that we felt it was the least we could do. For a midweek clean anything over thirty minutes to do all rooms between two of you is quite a lot. But we went all out and spent two hours.

Later that night, we encouraged our guests to come see the live music in the hotel down the road. We also managed to convince one of those guests that he had accidentally taken a hallucinogenic drug after swallowing a suspicious tablet that was in the communal bin coat’s pocket. It was childish, but there’s something hilarious about watching someone wait for a massive trip from a paracetamol tablet. Gabs and I ended our night pretty early to get chicken burgers and chips… complete with eight different dips.

And poor Tom just kept wondering when his high was going to hit him.

Saturday was a total let down in the end. I planned to go up the mountain with Michael and Dom before remembering that we had a staff team meeting, which cut our time off on a Saturday down by an hour.

Annoyingly that meeting was cancelled… but everyone had totally failed to let Gabs and I know.

The day didn’t end on a bad note though. After delivering our usual departure speech and thanking all of our guests for an absolutely amazing week, we were applauded. A toast was made to us for being awesome. The praise went on and on. And I cried. I BLOODY CRIED.

These guys know who they are. You were an absolute joy to have in the chalet. I only wish I had pictures and videos of Jamie and I trying to make it down a mountain after too many pints, of Michael in his turkey hat and serving apron and of Gabs trying to do my part of the departure speech in my mongrel accent (“HEY GUUUUUYYYS!”). 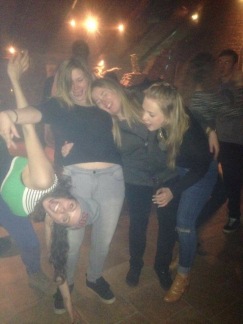 Thank you so much for one hell of an epic week.